WHAT IS RADAR AND THE FUNCTION OF THE SHIP’S RADAR

Radio Detection and Ranging or Radar are one of the Electronic Navigation equipment that plays an important role in shipping. Basically, radar functions to detect and measure the distance of an object around the ship. Besides being able to provide clues to the presence of ships, buoys, shore positions, and other objects around the ship, this tool can also provide bearing and distance between the ship and these objects.

From the understanding of radar above, radar is very useful to know the position of other ships so that it can help avoid/prevent collisions at sea. Radar will be very useful during bad weather, foggy conditions, and sailing at night, especially when navigational instructions such as beacons, buoys, hills or buildings cannot be visually observed.

The main advantage of the radar compared to other navigation equipment is in its operation, the radar does not require transmitter stations.

Basically, how radar works using the principle of electronic wave emission. Where using a special transmitter that will emit short radio waves in a narrow path (narrow beam) by a directional antenna.

The movement of the waves generated by the radio is assumed to move in a straight line at a constant speed and if the pulse of the wave sent hits a target such as a ship, the coast of an island, or other object, the radio wave will be reflected again and received back by the receiver unit on the transmitting ship. Immediately.

The reflected echo is called a radio echo. By measuring the time difference between transmitting and receiving echoes and knowing the speed of radio wave propagation, the distance between the ship and the target can be known. This distance information will be shown on the radar screen by a cathode ray tube (CRT).

The radio wave pulses emitted will experience twice the distance, namely the distance from the observership (own ship) to the target when transmitting and the distance to return to the receiver from the target.

To determine the distance and position of the target, only half the travel time is taken into account. The radio waves emitted by a radar transmitter (Radar transmitter) move quickly so that the measurement uses microseconds (m/?s).

The minimum range of the radar is the same as the distance that can be seen by the human eye and the maximum distance depends on the type and capability of the radar. However, the target behind the angle will not appear on the radar. 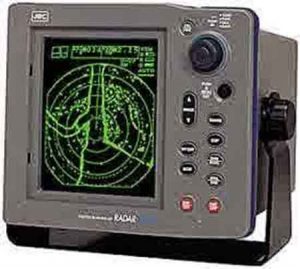 The magnetron consists of a high-strength magnet that can produce vibrations and very high frequencies that are very much needed by radar. High frequency will only be obtained if the modulator sends voltage to the magnetron repeatedly with an interval of 0.05 – 1 ?s (microseconds).

The Ship’s Radar Functions Are As Follows:

According to Arso Martopo, Capt, (1992: 65) then the parts of the radar or transmitter and receiver of a ship’s radio set are built-in units which can be distinguished as follows:

This is about what is meant by radar and the function of the ship’s radar, which is electronic navigation equipment on board